Australia is the world's largest producer of sapphires. This is surprising due to the fact that the first large deposits were only found in the 1970s. Australia's deposit of sapphires has been mainly used for commercial grade use. Australia has produced some very beautiful sapphires mainly in blue and yellow color sapphire. 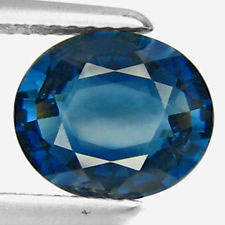 Sapphires in these colors can often carry a yellowish tint in blue and if in yellows the sapphires we have seen carry a greenish tint to them. Australia is today the largest producer of gem-quality yellow sapphires. Australian gem-quality sapphires are often past as sapphires from Thailand due to the market value of Thai sapphires being greater.

Sapphire Ring Company has bought several sapphires from Australia over the years in dark blues but today all of our sapphires including our yellow sapphires are from Sri Lanka due to our strong ties there. 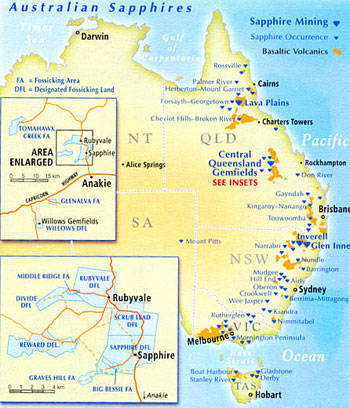